First, a disclaimer:  I have my wonderful husband’s culinary innovations to thank for the opportunity to eat anything besides Chinese food in China!

And, here’s what he made this week: 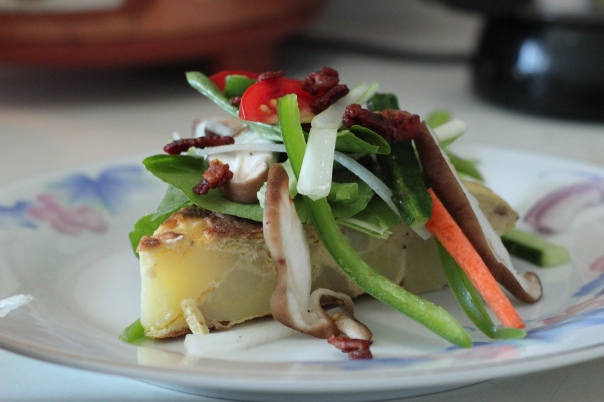 Yes, that’s right.  Tortilla de patatas–Spanish food–in our very own kitchen here in China.  And it was glorious.

Evan’s been raving about everything he cooks off this website, but I like to think I had something to do with the brilliance of this simple meal.  After all, I’m the one who suggested we make our own bacon bits to top the fresh salad, the homemade dressing, and the savory tortilla.  What’s even better, it made for three separate meals!

But from the rest of the photos, you can see who really did all the work… 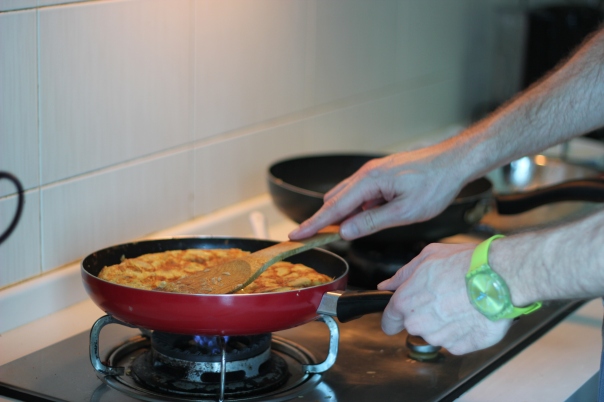 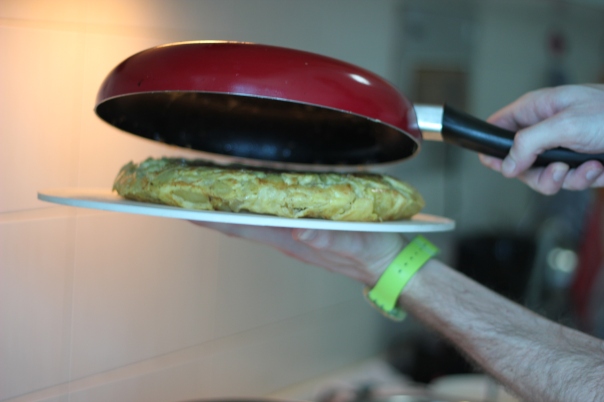 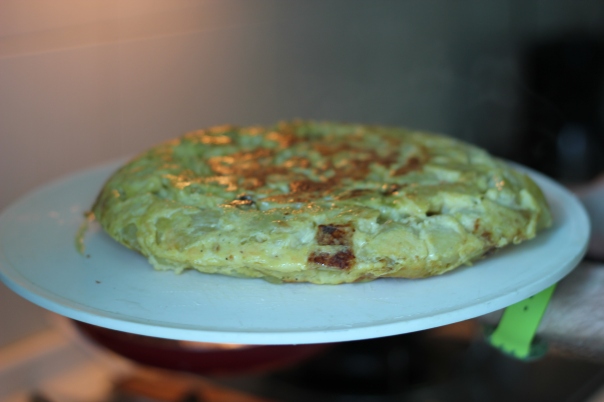 And later that evening I followed Clara’s recipe over at Channeling Contessa for a simple weeknight apple crisp, except I threw all the contents in the crockpot, because Evan and I had to head over to judge the second evening of the English Speech Competition at his school.  We were even able to snag something like vanilla ice cream on our way back, so three hours later, we were able to preview some of the flavors of Thanksgiving in our living room!

A pretty successful week of cookery, if I do say so myself.  And oh yeah, thanks to Evan!